Last year, I started a yearly theme highlighting my favorite tech products of the year. Last year, I highlighted the Remarkable 2 tablet and now believe that e-ink notepads may be more of a trend than I initially thought. If that’s the case, I’m glad I called it.

This year, I’m combining my list of favorite tech products from the year and making a few predictions for 2023. 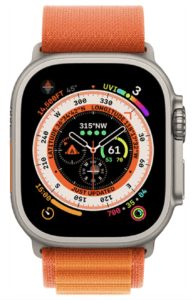 First, is the battery life. Not having to charge the Apple Watch daily is a game-changer. Many Garmin users, including close friends of mine, have known this for a long time. But the Apple Watch Ultra, with my normal usage patterns, lasts about 2.5 days. I generally start charging it after 48 hours. I exercise every day and have the Ultra connected to my carrier, often leaving the house without my iPhone. All of these factors would normally drain the battery on previous Apple Watch models, but with the Ultra, I don’t have to worry about battery life.

Second, is the screen. I love the larger, brighter display and the fact that it’s flat. While I’m not opposed to the curved designs of other Apple Watch series, I find that the flat display is easier to read at an angle or glance.

Third, is the overall design. The added ruggedness is a major advantage for me personally. In addition to being very active, I also live in a rural setting and do a lot of “country lifestyle” things on my property. In the past, I was hesitant to wear my Apple Watch while working in the yard or doing farm-related tasks for fear of scratching or denting the casing. However, I have no such worries with the Ultra and have knocked it against the tractor and other metal surfaces without a scratch.

Lastly, the design of the Ultra gives it a distinct advantage over Garmin for rugged or adventure use cases. It can withstand rugged adventures and also be fashionable enough to wear out at night.

After speaking with numerous Garmin owners and fans, including those who have added or switched to the Apple Watch Ultra, it’s clear that Garmin still has distinct advantages for sports and fitness-related use cases. Many Garmin owners believe it to be more accurate and its battery life is still unmatched. However, several Garmin owners have pointed out that while Garmin is the best sports watch, the Apple Watch Ultra is the best general-purpose smartwatch. They noted that the Ultra covers most, if not all, of their core use cases while also offering a wider and more diverse set of capabilities. This is why, outside of a few core use cases where Garmin has advantages, the general-purpose nature of the Apple Watch Ultra makes it highly attractive when comparing the two. 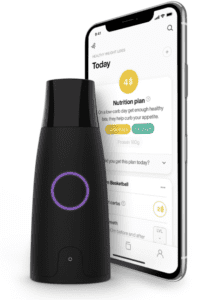 Lumen: Last year, I shared about my love for my Tonal smart gym and throughout most of 2022, I’ve been focusing on improving my health, fitness, and nutrition. It’s true that muscle is built and fat is lost in the kitchen, and this is something I didn’t fully understand at the beginning of my fitness journey. Everyone has different nutritional needs and understanding how to properly fuel your body for your goals is a luxury that only elite athletes often have with the help of their nutritionists.

In addition to being addicted to my Tonal, I also play competitive tennis. I realized that my nutrition was lacking when, in the months leading up to the National Championships, my activity level increased significantly as I trained for the event. I frequently didn’t feel well and was overly exhausted, and I realized that I wasn’t giving my body what it needed. While I did end up working with a nutritionist, Lumen has helped me understand the food I eat, including my macros, to better understand how my body is reacting to my current nutrition plan.

For those who haven’t seen it before, Lumen is a device that you breathe into to measure whether you are burning more carbs or fat at that moment. You take measurements throughout the day for it to be most effective. When our body uses the food we eat for energy, a good portion of it is expelled as we breathe. This is how a device like Lumen, which measures our CO2, can be an effective way to understand our metabolism. When you take a reading with Lumen, it gives you a rating from 1 to 5, where a 1 means you are burning all fat and a 5 means you are burning all carbs.

Like all things related to health and fitness, Lumen works best when you are disciplined and consistent. However, from my experience with it, I have noticed that on my lower-carb diet days, I get more of a 2 to 3 reading, indicating that I am burning more fat than carbs. During the Christmas weekend, I was not diligent with my diet and used my Lumen, which read 4 to 5s. I would say this was accurate given my holiday diet.

Overall, from a health and fitness standpoint, it’s fascinating to see new devices like Lumen emerge that help us get more information about our bodies’ relationship to our diets. This will become increasingly important in our overall health and fitness journeys.

One of my predictions for 2023 is that Apple will not release a VR/AR headset. While many are expecting such a launch, I believe it goes against Apple’s typical philosophy of launching products. The theory is that Apple will release a headset that is more like a developer beta, just to give developers the opportunity to start experimenting with AR/VR/MR, even though the technology is not yet ready for mainstream adoption. Apple has never done anything like this before, and it feels like a stretch to believe they would now, especially when there is no evidence of a market for AR/VR/MR outside of niche enterprise applications. Believing that Apple will release a headset in 2023 means we have to believe that Apple has abandoned its noted product launch strategies–patience.

When I shared my opinion on Apple not launching a product in 2023 around VR/AR/MR on Twitter, I received responses pointing to the iPod and iPhone as examples of products that were launched early and not yet perfect. However, I disagree that Apple launching a headset in 2023 would be anything like the launch of the iPod or iPhone.

First, both the iPod and iPhone were extremely polished and were clearly game changers from the moment they were used. Any VR/AR/MR headset that Apple launches in 2023 will not be as polished. There is no secret micro-lens or micro-display technology that Apple is sitting on, and the current technology still has a long way to go in terms of the camera sensors, battery, core computer (CPU/GPU), and other hard technology problems. While there is excitement for Apple to do something in this category, there is no need to rush and risk ruining the reputation of a new product category with an experience that is not ready for the market.

Second, both the iPod and iPhone were launched on a mature foundation of common consumer behavior. Before the iPod, portable music, even in analog form, was a well-entrenched consumer behavior. The iPod simply shifted the idea of a portable CD player to a digital MP3 player with 1000 songs and addressed a pain point. The iPhone launched to a mature market of mobile phone users, PCs, and the internet. Apple’s three pillars at the launch of the phone, iPod, and internet were each already mature behaviors, so having all three in your pocket was a no-brainer. It is difficult to see what foundation of common behavior exists for a head-worn computer at this time. This may change in the next two years, but it is not the case now.

Again, I’m happy to be wrong, but my core belief is it is still too early for Apple to enter the market in AR/VR/MR.

One of my predictions for 2023 is that AI will go mainstream in a significant way. I believe that the launch of ChatGPT-3 will mark an inflection point for AI. Over the holidays, I showed ChatGPT-3 to many of my non-technical friends and family, and their reactions were ones of shock, awe, disbelief, and reservation. It’s rare to see technology have such an eye-opening impact on everyone who tries it, but that is what happened with ChatGPT.

AI and natural language interactions with AI machines will increase in capability at a staggering rate in the coming years. The underlying framework of ChatGPT-3 and soon ChatGPT-4 will enable the creation of all kinds of spin-off experiences, leading to a gold rush around AI and a likely bubble with hundreds of spin-off ideas and businesses built on top of the platform. While most of these will not survive, this type of early innovation bubble lays the foundation for future successes and drives experiences into the mainstream.

We must navigate this new world of AI and mainstream consumer applications wisely. The relationship between humans and AI has changed, and ChatGPT-3 will be something we look back on as the beginning of this inflection point.