Google and Samsung Get Closer To The Benefit of WearOS 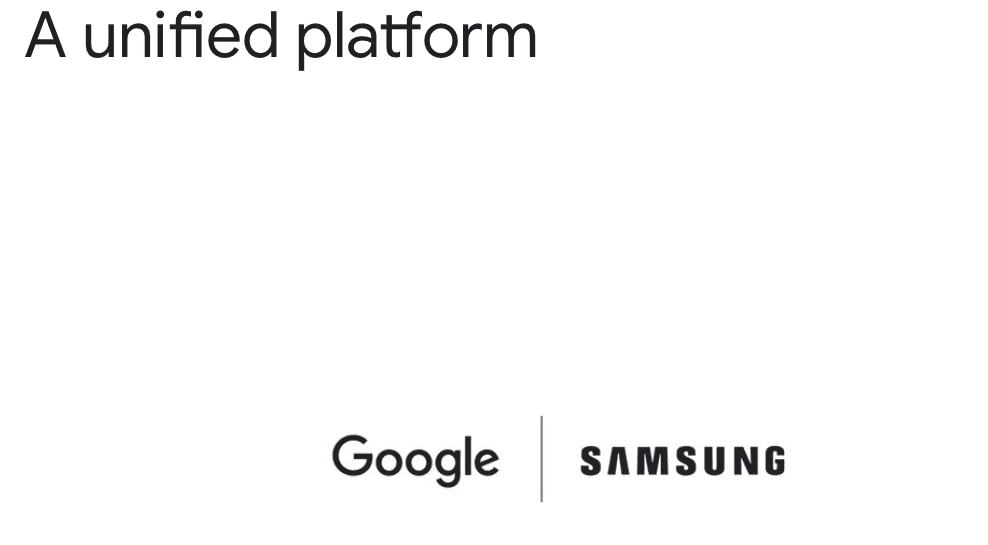 There were plenty of rumors leading up to Google I/O that we might see the next generation of Samsung’s Galaxy Watch models embrace Google’s wearable platform Wear OS. The rumors turned out to be quite right. The next Galaxy Watch will be running Wear OS, but the news is actually much more significant. Samsung and Google are merging Wear OS and Tizen, the platform that Samsung has been using for its wearable portfolio as well as its TVs.

Most people will agree that Wear OS had been neglected for way too long, as Google seemed to have reprioritized its software initiatives and then decided to address this market with the investment in Fitbit. The Android ecosystem had certainly been in need of an Apple Watch rival. It was clear that Samsung’s persistence with a separate effort was not going to deliver such an experience. The hardware was not the issue. Samsung’s designs and technology integration has been picking up pace over the past couple of years, and its bands and watches have been very competitive hardware-wise. Software and apps let users down primarily because of the friction out of the desire to build a separate ecosystem rather than putting key Google services front and center for consumers. Samsung can continue to differentiate by delivering unique experiences across Galaxy devices, which will arguably offer higher returns in the long run.

As I have mentioned over the past six months, the change in leadership at Samsung signaled a shift in prioritization. DJ Koh had undoubtedly made his ambitions clear when it came to both the software and services ecosystem, two worlds he knew very well. It seems to me TM Roh feels differently about it, and he is more tactical with partnerships both with Google and Microsoft. Developing and maintaining a broad and engaged community of developers is no easy task. One that might take too many resources away from other significant areas Samsung is investing in, from foldables to PCs.

Some of the enhancements coming to Wear OS mentioned during the Google I/O keynote are faster navigation – up to 30% shorter apps load time – through shortcuts and longer battery life, an expanded collection of tiles that provide users with easily glanceable information.  The tiles will also have a new API, so developers will be able to create them for their apps, and users can customize their screen carousel. There is also a promise of revamping the wearables app experience through Material Design starting with Google apps such as Google Maps that now users will be able to access even when they leave their phones at home. Both YouTube Music and Spotify will also support offline downloads.

Fitbit co-founder James Park was on stage to share how the renewed Wear OS platform will also benefit from the expertise Fitbit has developed over the past 14 years. Now part of Google, Fitbit will lend its most popular features such as tracking your health progress throughout your day and on-wrist goal celebrations to Wear OS devices. It was unclear if these will remain limited to MadebyGoogle devices or made available to all OEMs working with Wear OS. The stakes are now different as Google will prioritize larger ecosystem gains over Fitbit gains.

While the smartwatch market might never be as big as many market watchers initially expected it to be, there is no question that wearables, including hearables, have become a platform play and are no longer accessories. Furthermore, they play a critical role in driving engagement and increasing loyalty, especially among the most valuable users. For Wear OS, such loyalty and engagement positively impact Android and Chromebook products as well as Google services. To me, Fitbit’s acquisition was a nod to this realization rather than simply an easier way to get market presence.

It will be interesting to see if a Pixel-branded smartwatch will hit the market – many expected one at I/O – or if Samsung’s stronger bargaining position at the negotiation table included an agreement that gave them that preferred partnership role. Either way, consumers will certainly benefit from this week’s announcement, and I look forward if the execution lives up to expectations.

There was so much more than wearables and smartphones in the two-hour keynote, really underlining how the developer festival has grown to cover a much broader set of opportunities ranging from computing to cloud to AI and productivity tools. The “helpful technology” mantra we have heard Sundar Pichai mention over the past few years resurfaced this week but with a slight spin. To me, it was clear that while talking about security and privacy being central to all its businesses, Google built a strong case for consumers to want to share data with its services because the return will be worthwhile. The Shopping Graph is an excellent example of what I am referring to. Google’s ambitions were also in strong display at the keynote with Project Starline, which gave us a glimpse of the future of virtual interactions, a new health tool that uses the camera to diagnose skin conditions and the commitment to build a commercial quantum computer by 2029.

Apple WWDC is now only three weeks away, and there will be plenty of compare and contrast. While natural, I would argue that these companies are moving further and further apart as far as their overall business focus and the impact they can have on the world.