While it is earnings season for public tech companies, it is presentation season for the team at Creative Strategies. Since January, we have conducted 11 market studies — from consumer one-on-one interviews, short surveys, and large market survey/studies. This effort is focused on deepening our understanding of consumer behaviour in every corner of the consumer tech landscape. We are traveling around the industry presenting our fresh and original data to clients but I thought I would share four key highlight charts. One from each of our four most requested presentations.

Consumers are a tough breed. As we received results from our study, in which we tried to measure not just intent to buy but underlying mindsets around why they are planning to buy or why they aren’t, I came away reminded of just how tough getting consumers to buy things really is. While Microsoft, Intel, Apple, and many other laptop and desktop makers like to look at the aging PC installed base as a measurement for hope, our data suggests consumers are still happy right where they are, even those with PCs five years or older. In several studies, we probe the “need” question around PCs. The bottom line is, the vast majority of PC-owning consumers are happy with what they have, regardless if its one or seven years old. I’ll also highlight the intent question on buying a tablet or 2-in-1 PC as a replacement for their current PC. Tablets viewed as replacements or products positioned as a tablet that can replace your PC are currently resonating with consumers.

But it looks like many vendors still have their work cut out for them in shaking the consumer indifference to the PC, tablet, and 2-1 form factor in 2016.

The Emerging Opportunity for PCs

My gut told me there was an interesting opportunity brewing in India. I decided to commission a study, in collaboration with local researchers, to see if India was ready to move beyond the smartphone. We focused on the regions in India where PCs, smartphones, and tablets have the highest penetration — Delhi, Bangalore, Mumbai, Hyderabad, and Chennai. We did a mix of online studies, focus groups, and 1:1 interviews of 525 Indian consumers in this market.

The theory was simple. As consumers in India mature and have owned more than a few smartphones, they will look to more traditional PC form factors to use for work, school, and more. But with Windows PC penetration in India at less than 10% of the total population and Windows largely being an enterprise/workplace requirement in India, our theory was Android would be more popular as an operating system. As it turns out, it was for the overwhelming majority of consumers looking to buy their first PC in India. Which is encouragingly high for a market that began their journey on the internet on a smartphone. Our study confirms there is a sentiment shifting around technology products beyond the smartphone in India. While it may be slow and take time, certain companies who invest there now can reap the rewards when the time is right.

The absolute hardest thing to overcome in brand new categories is helping consumers see the value in something they have no frame of reference for. This is the case with wearables as most consumers still look at the products and ask why they should need one. We are in the early stages of this market and the adoption cycle is likely to be longer than many hope and expect. Still, usage data and behavioural analysis of current owners of wearable tech encourages us that these products are not destined to fail, but are misunderstood. Take, for example, this list of features consumers found more valuable after using than they thought they would when they first purchased the product. As you can see, those consumers with a product which supports notifications overwhelmingly found that feature more valuable after having exposure to it. In a follow-up poll, I discovered a primary reason for this was the broader consumer market has begun to shift to what I call the silent smartphone. 38% of respondents said their smartphone is on silent all the time and 31% said they have it on silent several times a day. Silencing our smartphones has shifted from something we do sometimes to a way of life. This subtle behavioural nuance is a primary reason a wearable with notification supports gets interesting, and also is loaded with potential.

Recognizing we are notably early in the VR/AR market, we thought it would be interesting to gauge the market’s awareness of certain brands, definitions people believe equate to VR experiences, and overall interest in the category. Fortunately, we have a panel which skews towards early adopters as well as a mainstream market representative panel and we decided to study both sets of consumers and see where their answers differ. In many areas, not surprisingly, we found the early adopter answers to be quite different from the mainstream when it comes to VR. However in one area in particular we see a spotlight on why early adopters are so key to helping making technology go mainstream. They fund it. Early adopters are less price sensitive and the industry thanks them. Now, while we see consumers’ assumptions of what they will spend, I’m not necessarily sold VR headsets have to be $200 to go mainstream. That would certainly help, but if this is the future of game consoles, TV, PCs, etc., we can draw parallels to other consumer segments with experiential overlap to VR that does not have rock bottom ASPs. I simply call this out to show price sensitivity as a mindset between the two market segments. 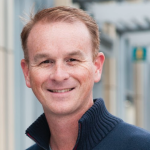