Virtual Reality is exciting! At least, we keep telling ourselves that. Vendors do so because they need the “next big thing” to drive their revenue. We, market watchers, say it is because we refuse to believe smartphones are the end of the road when it comes to big trends that have the power to change industries, workplaces, and consumers all in one go.

When we get down to looking at what VR has to offer, it is actually exciting. VR could change many different worlds — from entertainment, to customer care, to education, to travel. The technology however, is far from being ready for the mass market. The high-end dedicated devices such as Oculus Rift and HTC Vive are dependent upon and operate through a powerful PC which they and, therefore, the user is connected to via a big, chunky cable. Aside from gamers and early tech adopters, we really do not see many consumers going through the setup and the limitations the PC and actual physical space requirements are imposing on them.

More importantly though, not many consumers will be prepared to spend the amount of money these new devices are priced at. A recent study we conducted in the US shows only 9% of early adopters think it is reasonable to spend more than $700. The majority of early adopters feel $200 to $400 is a more reasonable price to pay for a VR solution. While this is not where we are today, especially if you need to acquire a powerful PC to run your VR device, prices will come down as the market grows, as they always do. Of course, VR is also seen by many as the $30 Google Cardboard headset to be used with your phone or the $99 Galaxy VR. These devices are perfectly fine and deliver a good enough experience for mass market consumers to understand what VR will be. As apps become more sophisticated and more 360 degree cameras are available, users will start to see the limitations of older smartphones and will realize the experience comes from the phone vs the headset. When we look at what mainstream consumers are prepared to pay for VR, the picture becomes quite scary. Nearly 43% of mainstream consumers think it is reasonable to pay between $100 and $200 for a VR solution.

It is easy to see how smartphones and, in particular, smartphones’ subsidies have significantly lowered the bar for what mainstream consumers think technology is worth. For most consumers, particularly in North America, a high-end smartphone like an iPhone or Galaxy S7 cost from $99 to $250. We of course know that is not the case and those devices range from $450 to $800. But only consumers who have upgraded more recently and switched to the new installment plans are realizing the real cost of these smartphones as they now have to pay tax on the full price of the device. Wearables have been suffering from a similar issue as high-end smartwatches are compared to smartphones and, in most consumers’ minds, they end up being more expensive.

The advantage VR has over wearables is the experience it offers is a unique one versus replicating many of the functions that are available on a smartphone through an app. VR also carries a wow factor that could trigger a more emotional purchase. The recent announcement by Oculus Rift that they will set up demo stations in 48 Best Buy stores is a clear indication that vendors know seeing is believing when it comes to VR. However, a gap of $500 to $700 is way more than any wow factor would be able to close. What will be interesting to see, as we continue to test consumers’ understanding and interest, is to narrow down the scenarios that would add true value to the wow factor. For some consumers, that might just be an immersive gaming experience. For others, it would be experiencing a sporting event or a concert from the front row. For still others, it could be viewing an Airbnb rental before booking. The hooks will be many and varied depending on demographic. 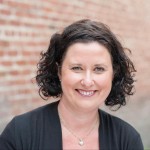